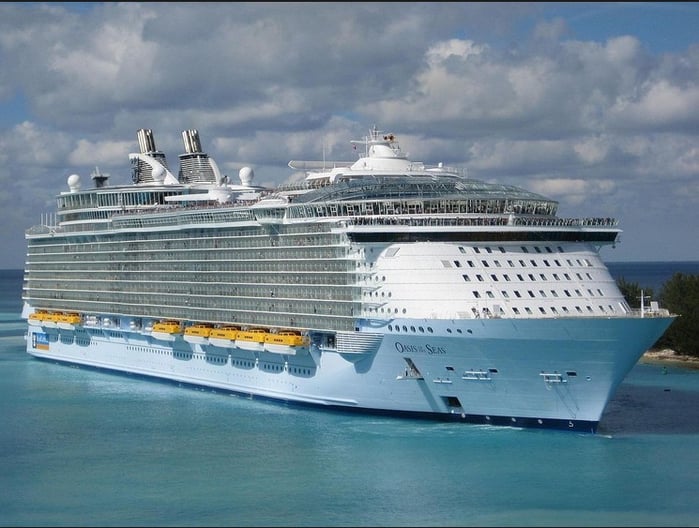 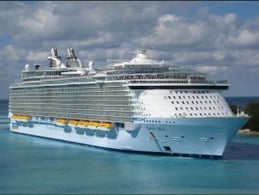 This case study shows the qualities of Dyneema® rope.

Royal Caribbean Cruises Ltd (RCCL) operate the 2 largest cruise liners, Oasis of the Seas and Allure of the Seas. When these cruisers moor up at ports around the Caribbean it is paramount the captain can rely on the mooring ropes.

Some facts about the ships:

The ships were built at the Turku, Finland shipyards by leading shipbuilding group STX Europe.  The Oasis of the Seas was launched in 2009 and it was the first Royal Caribbean ship to use mooring ropes with Dyneema® rather than the normal combination of polypropylene and polyester.

Why Dyneema®
Normal ropes would have been too bulky for easy handling and the winches would have been enormous. Even on ships of this magnitude space is critical. For these ships, the smaller the winches the bigger the kitchens could be. Steel wire ropes would of had a similar diameter to strength ratio as ropes with Dyneema®, but they would have been up to 7 times heavier and therefore much more difficult to handle. Less importantly, ropes with Dyneema® can be made to match the colors of the ship, this is not possible with steel wire ropes.

The Oasis of the Seas has 190 meters of mooring lines and each 12-strand rope has a diameter of just 46mm. IF RCCL had chosen the usual mix of polypropylene and polyester the rope would be between 88 and 96mm in diameter.

Clayton Van Welter is Chief Officer on the Oasis of the Seas.  He says that Dyneema® was chosen for its durability and strength to diameter ratio. “The key advantage is the overall durability of the ropes,” he says. “They have lasted a whole year with little or no wear.” Word from the bridge is that the captain of the Oasis of the Seas is pleased with the time taken to moor and fuel savings because 2 ropes at a time can be taken ashore.

RCCL are now considering using ropes with Dyneema® for some of their smaller ships and not just for mooring ropes. For example, RCCL are looking at replacing the steel wire rope on their collapsible rails on the mooring platforms with Dyneema®.  This would mean there would be no need for plastic sleeves over the rope and the colors could be chosen to match the ship.

If ropes made of Dyneema® are strong enough to moor a 222,900-ton ship, then you can be assured of their strength for many other industrial applications. Please contact us to discuss your requirements.