Friction in Pulleys or Block and Tackle Systems 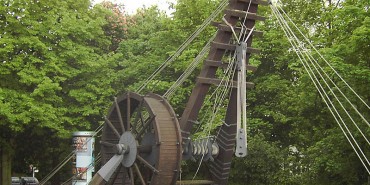 The history of the block and tackle is something that is murky at best. We posted an article called how pulley systems changed the world about what is believed to be the origin of the system, but from that point on the components that make up this system have been optimized and improved to where we are today, with what is arguably one of the most efficient machines available to mankind.

As the pulley became more widely used in block and tackle systems, the weight lifted increased and friction became an obstacle. The challenge is the higher the weight and the higher the speed, the more friction is created. The friction comes from the various forces on a pulley when lifting a load.

Why is it important to overcome friction? there are two primary reasons:

As technology has developed, so have the surfaces being used to reduce friction. Ball bearings and modern low expansion materials with low friction surfaces all help to improve the efficiency of a pulley system. Managing friction and keeping load capacity high have become the biggest challenges in pulley design. Evidence of friction reduction efforts dates way back to ancient Egyptian times when water was used between sandstone surfaces to help them slide. It just goes to show that the reputation of the Egyptians is justified!

In the marine industry there are numerous cases where a pulley is expected to work at high speeds under little to no load and then handle high loads for extended periods of time. Doing this with a ball bearing or a needle design was a challenge and pushed Ronstan® engineers to develop the dual bearing system. This has an outer ball bearing surface for high speed-low load conditions and an inner bushing on polished shaft system for high-load conditions when the ball bearings have deformed, allowing bushing contact.