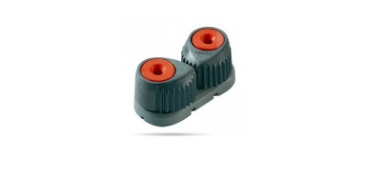 What is a rope guide? 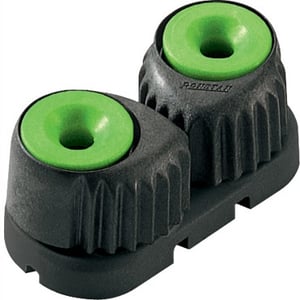 It is pretty much all in the name. A rope guide is a mechanism that guides the rope, sometimes also known as a cleat. There are a number of different styles of cleats, for different usages with many types and thicknesses of rope. All of them contain a mechanism for controlling the movement of the rope and guiding it in certain directions. The rope is weaved in and around the cleat so that it has full functionality.

What type of rope guides are there? 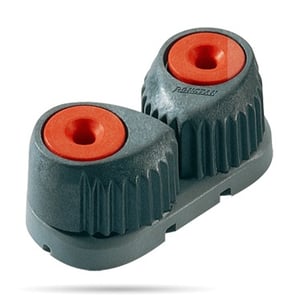 Even these types of rope guides come in a number of different forms. The earliest of which was based on a two holed spar cleat, in which a v shape was created to literally jam the rope to create the tension needed for the activity. Jam cleats are particularly useful on small boats where there may only be one sailor. The basic premise is for the rope to be guided into a wedge or groove – tension naturally drawing it closer to this pincer point until the rope’s mobility is completely halted. The rope can still be adjusted by the sailor, and without dismantling the rope guide, this can be done by simply lifting upwards out of the smaller part of the cleat mechanism. Jam cleats are available with or without a number of components such as bails or sheaves.

The next type of rope guides, cam cleats, kind of evolved from jam cleats. The key difference being that in a cam cleat the sides are open which solves the before mentioned problem of jam cleats not being able to release under too much pressure. It has two cams which revolve and provide the release mechanism. These rope guides can take a much heavier load than the former. Early models of cam cleats were improved by the ball bearing.

Line stoppers are again a slightly different evolution but are basically a cam cleat mounted onto some form of a base. Line stoppers as a form of rope guide are less popular due to the fact that there is no simple release mechanism when under a heavy load, instead it must be taken by a winch to remove the load from the cam. A mini version of the stopper called the lance cleat is used on a number of boats, as this has a resolution for the problem of release by pulling the line out of the cam sideways where it then rides onto a sheave for ease of adjustment.

Where are rope guides used?

They are used in a number of industries, but most heavily so in the sailing and boat industry. In mooring for instance, a horn cleat is most effective. But for consistent usage and tweaking and general movement, other rope guides offer much better functionality. Jam cleats are better for holding power when the elements are working against you; in a strong wind or blustery rain for instance. They are used in sales for holding leech and foot lines but are basically omnipresent in the sailing world. They are best for lighter loads as otherwise the rope may be difficult to release from the V shaped groove.

Sizes and materials of rope guides

Rope guides must be proportionate to the size of the rope in use. Jam cleats and Cam cleats are often plastic, but the latter sometimes carbon fiber depending on usage. Some cleats are also available in metal variations, but again the size and the material are heavily dependent on the rope and the type of use.

Look no further than Ronstan® for rope guides and cleats.