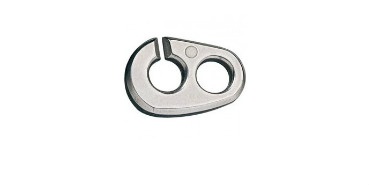 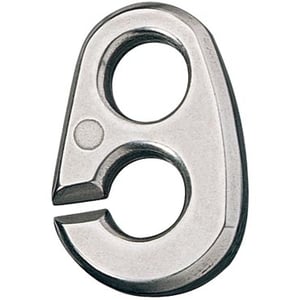 What are sister clips?

The generic sister clip is used for joining to an identical sibling clip. They are interlocking clips that are twisted to lock in place or seal. Sister clips are sometimes known as Inglefield clips, and potentially even a brummel hook.  Each clip looks like a link of a chain, in that it has a split through one side.

They slightly resemble part of those annoying metal puzzle games you get in your stocking at Christmas. The edges of the split are purposeful, and are there so that the sister clips can be engaged or disengaged as required. This procedure requires careful alignment by hand. When pulled tight, the sister clip links are securely fastened.

Sister clips were invented for the purpose of flag raising by Lietenant Edward Fitzmaurice Inglefield (see where the other name for them came from). He invented them in the early 1890s whilst serving on HMS Melita. The first ever set of sister clips were born in Malta. By 1985 these clips were standard issue to the Royal British Navy and are still in incredibly heavy usage today with little change to the basic design.

What type of sister clips are there?

Sister clips come in a number of materials, but most often a hard plastic. They can also come in slightly more aesthetically pleasing materials such as bronze, brass or stainless steel. Sister clips can have swivels on them too, and it is often the non-swivel element that is attached to the eyelets of flags, and the swivel part is connected to the 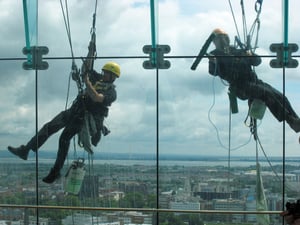 continuous loop flag halyard. The swivel is a rotating connector that allows the halyard to rotate freely without interrupting the flag motion. If there is no additional swivel piece there is no moving part to the sister clip; these are known as ‘standard’ sister clips with the halyard attached directly to the clip itself.

They can come uncoupled (not as painful as it sounds) or they may be supplied pre-joined using webbing or something similar. They can all be fixed through tying or clipping to other fittings such as cords. Choosing a different alignment orientation for securing your sister clip in place means the position is secured as needed.

Where are sister clips used?

They are often used as a halyard clip for purposes of flag raising and hoisting – they provide the perfect mechanism for swift attachment. Sister clips are best known for being an easy and convenient method of raising and lowering flags wherever those flags may be hosted.As well as being used for the raising and lowering of flags on boats and buildings, sister clips when in a set of two are also used for attaching a speed bar to the front of risers in the marine sector. They can also be used to connect two pieces of rope or line quickly and easily. Another use for 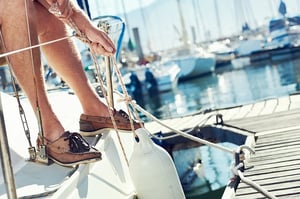 the sister clip is for jib sheets on smaller boats and also interestingly on paragliders.

In what industry are sister clips used?

These mechanisms are used heavily in the marine industry. The Royal Navy for example – for whom a flag is an imperative part of the ship identity – usually utilises both standard, and swivel sister clips; one at each end of the heading. Sometimes flags have the top clip sewn in, directly into the heading, this is in replacement of a rope running though it. The purpose of this on a ship is to allow the flag to be flown tight up against the mast, yard arm, or gaff.