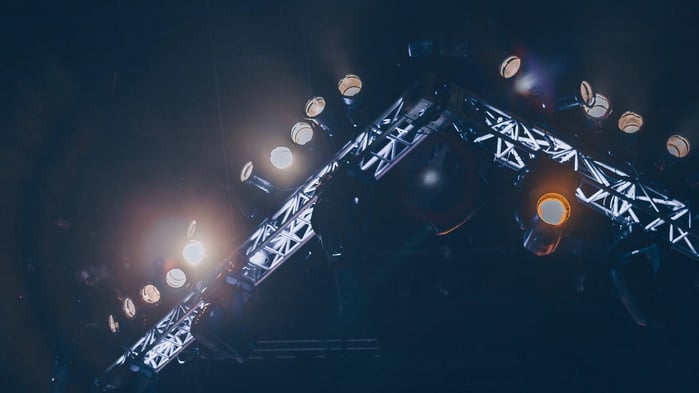 Truss rigging systems are designed to bear incredible loads across vast spaces.  The typical box, triangle, and ladder designs provide more stability and support than single pipes while also giving you the flexibility to hang numerous fixtures wherever necessary.

Pipe battens, grids, or other rigging structures are not always available.  A temporary truss system can be hung, flown, or supported from the ground to position a large rig even in places without permanent rigging infrastructure.

Truss rigging hardware is similar at a glance to the other equipment used in entertainment rigging, but there are a few critical differences:

In theory, a lighting truss lifted via cable or chain to a fixed height is not moving at all. In practice, the whole structure can wobble or sway ever so slightly as performers move on stage, the wind blows, smart fixtures rotate, and motorized drops are hoisted and lowered. These small movements have a significant impact on the design of your rigging hardware.

For example, a pulley system on a hung truss might use a ball bearing block to minimize friction when the load is flown in and out dozens of times during the show. The tiny motions while the pulley is at rest, however, will cause the ball bearings or needle rollers to rub against each other and create flat spots or uneven wear. This is why we would typically recommend bushing blocks for long-term truss rigging applications. 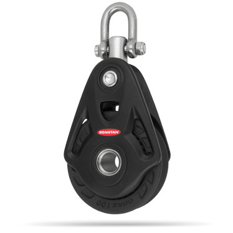 Better yet, the Ronstan Core Block™ series combines the stability of a bushing block with the reduced friction of a bearing block—for a perfect balance of smooth dynamic motion and durability.  The dual-bearing system of a Core Block™ features self-lubricating acetal bearings to counteract friction from axial loads, and a robust bushing that takes over heavy direct loads from the central hub.

Our Core Block™ pulleys also have a sleek, contemporary styling that is especially relevant for truss rigging hardware.

Unlike a grid system hung high over the stage in an enclosed proscenium theatre, truss systems tend to be very visible to the audience.  A temporary truss could be set up as its own proscenium arch at the front of an arena stage, or low overhead in an event center. Even permanent truss systems are often hung in the open air at the center of a large venue. 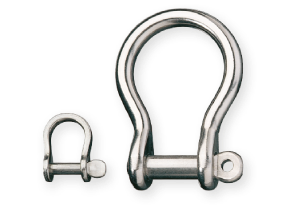 This makes aesthetics far more relevant for truss rigging hardware.  Stainless steel shackles have a lasting, clean finish that’s preferable to the uneven look of galvanized steel shackles (or any other grades that could corrode with unattractive rust over time and use). 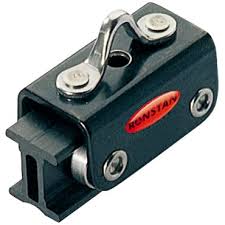 On the other hand, it may be desirable for the hardware to fade into the background as much as possible.  In these cases, black chromed grade 316 stainless steel, like Ronstan uses on our marine-grade I-Beam Traveler Systems and car bodies, will blend into the dark areas behind your lighting fixtures on a blacked-out truss rig.

Entertainment riggers always prefer triple-threat equipment that’s durable, versatile, and prepared for both dynamic and static loads.  For truss rigging, the two most significant differences are that cosmetics and subtle motion shifts also play into the equation.