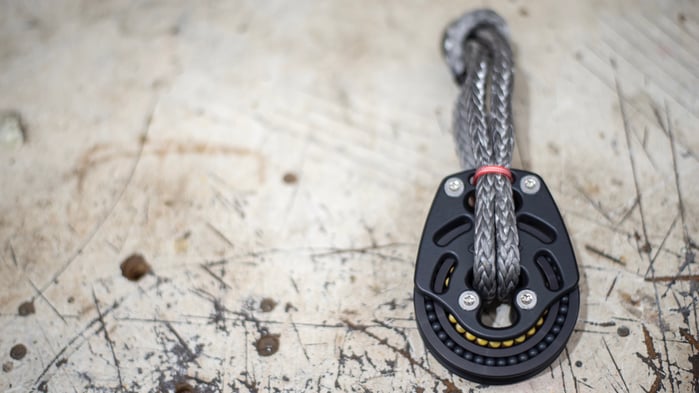 The advanced synthetic fibers in modern industrial rope have given soft-attach pulley blocks several functional advantages over those fastened with traditional hardware.  Whereas metal hardware is inflexible, heavy, and may present a limited range of motion, a soft loop or lashed rope is much more generous to both the pulleys and the rope in the system.

Managing Stress on the Industrial Rope:

Synthetic fibers can be even stronger than steel these days, so the relative strength of a soft attachment point isn’t usually a cause for concern. Of course, the tighter the turning point of the loop (or the more knots in your lash), the more important the knotted and flexibility properties of the industrial rope become.  Friction in the attached pulley system can also affect the load the soft-attachment must endure.

Technora® and other aramids, for example, have poor flex and compression properties.  They require special terminators at the attachment to maintain adequate strength.  Other high-strength synthetics, like Dyneema® or Vectran™, retain much more strength when flexed around sharp turning points and can easily outperform steel hardware.  High axial compression tolerance is critical for soft-attachment loops and lashes.

One area that soft attachments see heavy use, due to the valuable flexibility they offer, is in the arbor industry.  But arbor is unique in that much of the rigging arborists use is not to lift loads, but to lower them to the ground.  This can actually make free-spinning pulley blocks less advantageous than soft-attach low friction rings or thimbles due to the beneficial effects of friction on the load felt by the attachment point. 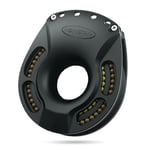 When lifting a load, an anchor point must bear both the weight of the load (on one side) and an equal weight on the pull line.  Any friction in the system must be overcome with yet more downward force on the draw line. Extremely low levels of friction—such as the 2-4% average friction of the Ronstan® Lashing Orbit Block™—will get more out of your industrial rope’s tensile strength.

When lowering a load, by comparison, the friction actually reduces the amount of pulling force required to stabilize the lowering line.  The friction holds onto more of the lowering load at the attachment point and redirects it away from the other end of the line.  This means the load isn’t doubled at the anchor point since less force is being applied to hold the load steady. 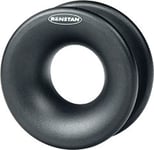 Too much friction in the ring can damage the industrial rope passing through it.  Heat and abrasions will wear down the line, so it’s essential to select low friction rings with a smooth surface optimized for contact with industrial rope.

Follow these principles, and your industrial rope will last a long time in soft attachment applications.